“In recent years we have seen many females entering entrepreneurship and things have never looked better for women entrepreneurs on paper. More than 11 million businesses were owned by women in the US alone as of 2017. And according to research, these companies employ nearly 9 million people and have generated almost $9 trillion in sales(“Women-Led Startups Received Just 2.3% of VC Funding in 2020”, 2022)” says Irina Duisimbekova, Co-Founder & President of Licorne Gulf.

Nevertheless, these numbers only show the bright side of female entrepreneurs. Women-owned organizations are still in the minority. And the hurdles these female entrepreneurs have to face are vast and quite different from those experienced by their male competitors. 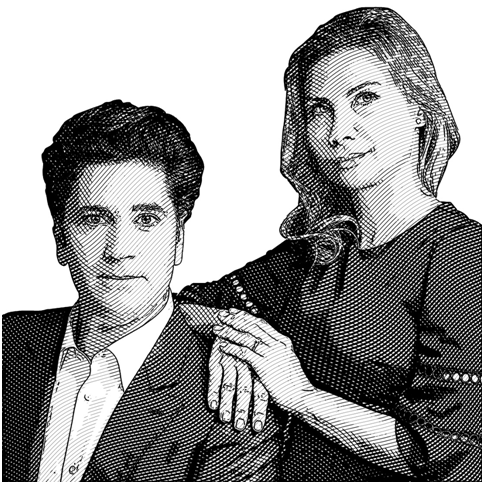 Additional capital for growth becomes extremely important for almost every organization at a particular stage. At this point, many entrepreneurs turn to global investment by venture capital to reach greater heights. However, according to statistics, when it comes to raising capital, male entrepreneurs often outperform females.  Furthermore, only 15% of global capital is allocated to female entrepreneurs(“Global VC Funding To Female Founders Dropped Dramatically This Year”, 2022). Thus, research states that females often have a hard time raising capital to attain growth, this leads women-owned organizations to fail due to lack of finances. So what leads to this discrepancy?

Secondly, a robust support network is crucial for entrepreneurial success. Almost 48% of women entrepreneurs across the globe state that they lack advisors and mentors and due to this, it limits their ability to grow. This issue is further magnified when a strong support network helps entrepreneurs to gain funding as investor firms are 13 times more likely to fund someone that was recommended to them. This is called “warm introduction”. Due to the lack of a support network for females, their chance of a warm introduction is less likely, this further makes it even morechallenging for women to gain capital.

“As mentioned before, networks are extremely important for entrepreneurs to gain access to capital. However, according to research most of these networks consist of “old-boys” club culture and are dominated by male figures, due to this there is a risk of unconscious bias as well” highlights Alexandre Katrangi, Partner & Co Founder.

Since women have less access to capital funding sources, many of them turn to sources of investment that have fewer barriers. Due to this, they are likely to yield lower value deals that eventually lead to a decrease in the organization’s potential for growth and for that purpose;Licorne Gulf is highly dedicated to support and fund Women Entrepreneurship and companies

But, venture capital funds, once allocated equitably, can do marvelous transformations to women-owned companies.

In terms of growth trends of companies, it has been identified that women-owned organizations that received venture capital funding generated higher revenue (more than twice as much per dollar invested) in comparison to male-run organizations. And not only do they generate high revenue but they also create more jobs than male-owned companies. This indicates that once funded through venture capital, women-run organizations not only generate large profits and benefit the owners, but also benefit employees by creating many job opportunities(Fatemi, 2022).

In addition to generating higher revenue, when venture capital funds a female-owned organization, they are also most likely to be successful. One of the main reasons for this is that the heavy pushbacks from investors lead these companies to have an especially strong business plan. Thus this process will eventually help to build resilience and adaptability, two important business skills that are required for entrepreneurs.

Furthermore, it has also been identified that these women-owned organizations once they are funded well, tend to employ more women (2.5 times more than men). This is very crucial for the economy as more women have been dropping out of the workforce in droves.

Moreover, most female-run organizations once funded through venture capital tend to be financially and socially prudent. They also build a social impact business or are motivated by social impacts in comparison to male counterparts. Thus, venture capital funds help female organizations to address broader social inequality issues by providing the ability for marginalized or underserved groups to access their products and services(“How female founders and investors are shaking up venture capital”, 2022).

Once investments by venture capital are provided for women-owned companies as mentioned before, they tend to address issues that disproportionately impact women and they potentially create new market opportunities for products that have previously been excluded, viewed as niche markets, or even considered unmarketable(“Funding for start-ups founded by women is surging.”, 2022). For example, the femtech industry that focuses on women’s health such as menstruation, fertility, and breast care was once considered a “niche”. But today it is dominated by female founders that focus on products designed for women and are expected to reach USD 50 billion by 2025.

“Therefore, it is marvelous what venture capital funds can do to women-owned businesses. Women face great challenges in gaining capital to help grow their organizations. Unconscious biases, lack of support networks, and lack of female VCs have put female-led businesses at the risk of failure due to a lack of funds to attain growth. But once these organizations are funded by venture capital their success is immeasurable and it provides these female-owned companies the support they need. And not to mention, the benefits are experienced not only by the owners but also impact the society, economy, and employees a great deal; as such, we encourage Women to contact us for their fund needs andrequirements” – Licorne Gulf –

A True Gem: The Success Story of SoClose’s Enzo Day