Hi Luca! It’s a pleasure to have you here with us. Young cinema, an enterprising boy who decides to cross the ocean and settle in Los Angeles to pursue his dream. We are very curious to know who Luca was before the cinema and how then you were passionate about this realitỳ.

Luca was a footballer before the cinema. I’ve been playing soccer since I was 5 years old. I think this sport was a real life school for me. My disposition to work in a group, to manage the team, to understand that everyone is important and they are of the same importance. Never abandon, here we say never give up – rise up always and do better than before – are values that I owe to soccer. But I had to stop after a series of injuries. 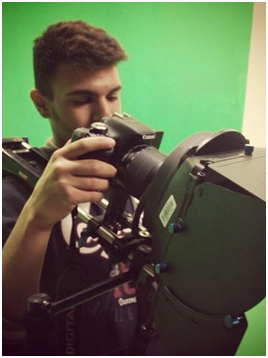 Although I spent a lot of my time playing soccer, cinema has always accompanied me in my daily life. I saw a lot of movies! I remember that at home there was a giant library of VHS: all Disney films, various classics of Italian cinema and all over the world. Then one day my uncle gave me a program of assembly and from there ̀ start̀ all my story. I enjoyed making the first edits with the photos and videos of footballers for my friends as a gift.

So I bought myself a Reflex, it was a Canon 600D, one of the most entry level that could be found at the time even though it was still expensive. From there I started making a lot of videos. I was very passionate about this realitỳ, not only about editing, but the love of the set and the cinema camera in my hand was born.

Then how continuous is your love of cinema?

In Italy, when I finished high school, I started looking for work in some production, but I didn’t get luck. At that time I met Ludovico Canali De Rossi at his video label production called Edit One. I remember talking to us for the first time on Facebook, after a friend of mine gave me his contact. We started talking about cinematography and all the nerd things in the industry, until one day he asked me to come to my studio, to get to know each other better and talk together.

At our first meeting he told me he had to go to Messina for a set, and asked me to go with him. We started in Rome with Blablacar (a shared road trip app), and after the experience of Messina we started doing so many projects together and also traveling around Italy. It was almost 7 years ago and there was no whole disclosure that was now – video making was an unknown world, at the time the fans of this were few, but those who did it as a job did it well. 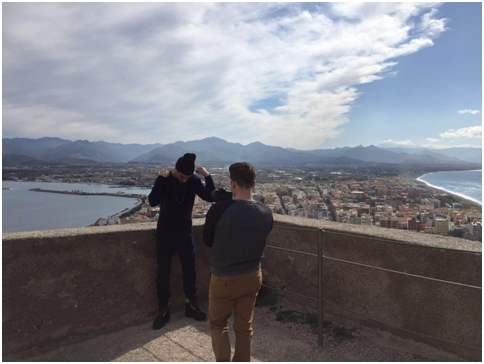 Then it was the time of the United States, of the American dream. Why is this decision so brave?

Since I was very small I have always wanted to leave for America. I have always been very close to American culture watching films, listening to music and following basketball. When I was a teenager I tried to understand how to live an experience here in Los Angeles, even with the excuse to learn English. 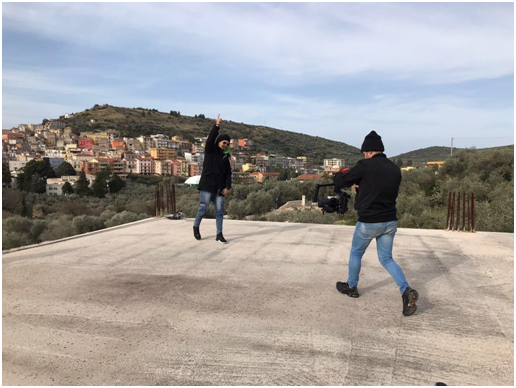 Having worked both in Italy and in the United States, you had the opportunity to enter into two different working environments, or are the two film industries not that opposite?

There are many differences. I’ll take the example of Paolo Sorrentino, one of my favorite directors. In his films he always tries to represent the truth, as a sort of realism where the characters, places, apartments and everything he takes are free to tell his story. In his latest film “The Hand Of God”, Sorrentino tells the arrival of Maradona in the Naples team and the story of a family with different economic and family problems, which will make Maradona a source of joy. A very possible, very realistic tale, accompanied by an important reflection, such as happiness̀ in small things, a lesson that we have forgotten today.

While in American cinema there is a lot of fiction. The stories are very nice but̀ remain fiction, for example the Marvel saga. The fiction and special effects prevail a lot. It is very difficult to find a film that was shot on the streets – mainly they are all adapted with greenscreen and film studios.

The choice you made shows great courage and willpower. In addition to moving to a distant country, the decision to undertake a profession where one in a million succeeds. What is the secret to keep moving on, what do you think when you are down moral?

I think my main source of inspiration is my family. They taught me many values, I saw them make many sacrifices and they always taught me that I must never stay in my comfort zone, always do the best and always aim at the best! 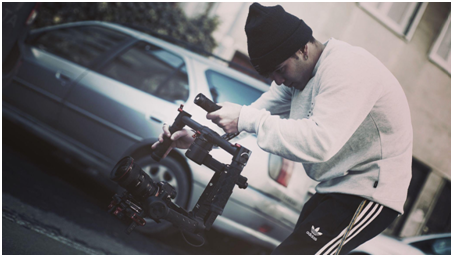 To know more about Luca Seretti visit: www.lucaseretti.com and don’t forget to follow him on Instagram @luca_serse

Kid Who Turns Into A King