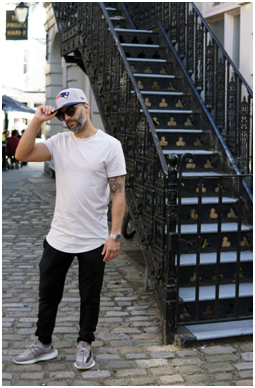 West London’s own music producer known as Pxrv (Pxrv OTB, pronounced Parv) is one of the many faces of British Asians in today’s entertainment industry that are on the come up to make a stand in mainstream media. ParwinderMarway, known as Pxrv or Pxrv OTB (on the beat) is a music producer of Punjabi origin, whose ethnicity hails from north India, the Punjab region. Pxrv has for many years aligned with his culture and leaned an ear towards his ethnicity and its understanding of classical Indian music. Like many other producers of a wide cultural background, the sound that’s produced from such an artist can scale far and wide, and offer the modern listener something unique, something that society today is more in acceptance of.

We’ve seen many songs of different cultures go viral, become mainstream, even get charted on Billboard. It tells us music today is more than what the consumer is used to listening to.

Pxrv and his drive to become a household name in Music

Pxrv has the aspirations of becoming a household name in music. He feels he has what it takes to be a part of mainstream media, but how, and why?

“Everything I produce, compose, or write, is something I FIRST like to listen to, if it doesn’t bring me joy or a specific feel, it I won’t push it any further. I listen to ALOT of music, both of my favoured genres and Punjabi music. I feel different genres give me different feelings and ideas, the combination of these ideas and how I bring them together is where the challenge lies, and I absolutely love it!”

In today’s world, though some perceive it a little more of a difficult road, but a road none the less, even producers now are mainstream artists, just as common as a rapper/singer. Pxrv aims to be just that, an artist in his own right, who aims to work with a multitude of vocalists the world over.

More about Pxrv, his releases and his journey in music can be found on his social media.

Get coffee from World Coffee Roasting Champion Gardelli at your door.